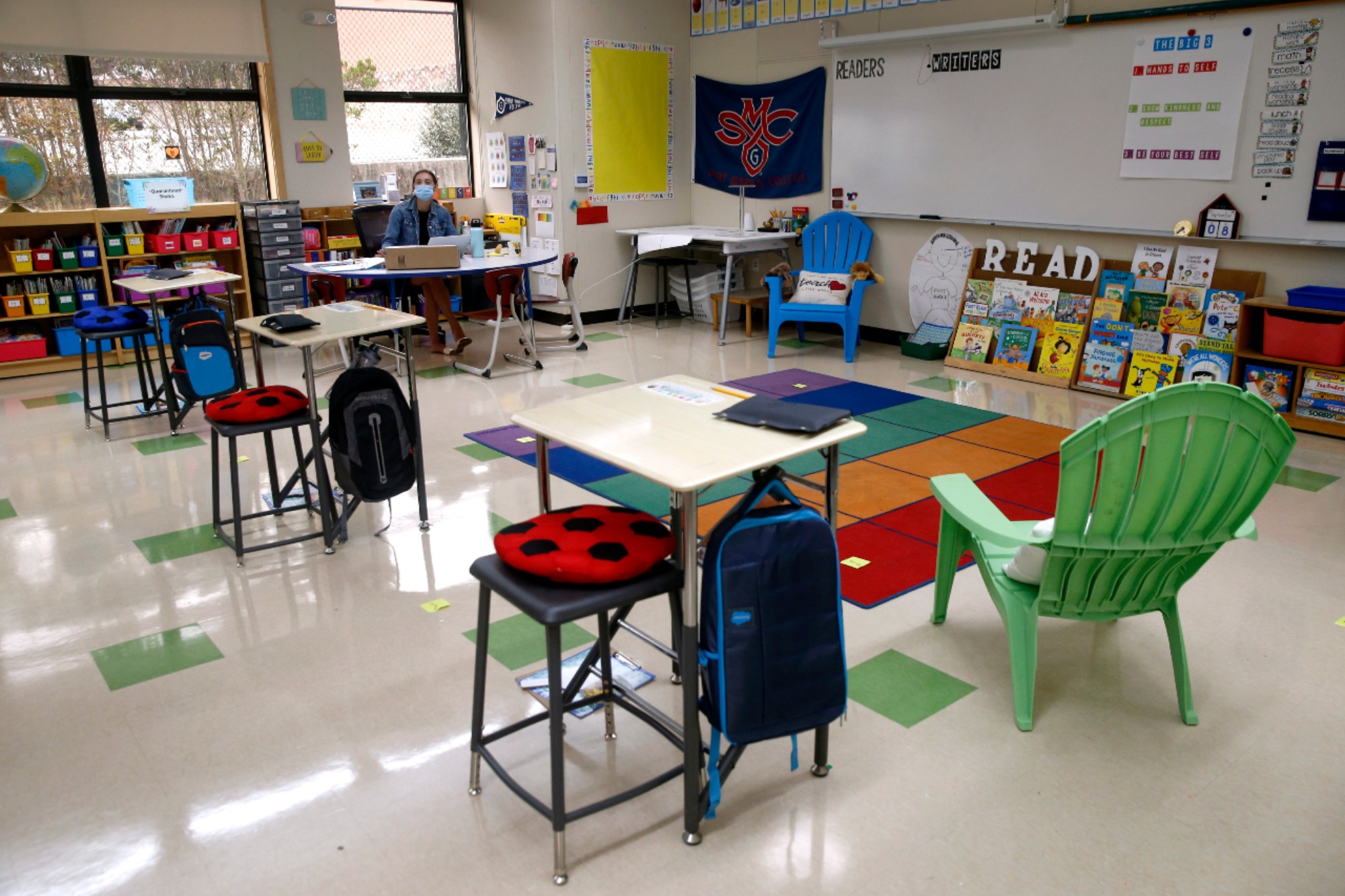 A study of San Francisco students found that students of color and low-income students have suffered the most as the school district has stuck to virtual learning amid the coronavirus pandemic.

Similarly, a study of 18 California school districts published on Jan. 25 found that “certain student groups, especially low-income students and English language learners (ELLs), are falling behind more compared to others.”

“Most California schools have been physically closed since Spring 2020 and students in these groups have been doubly disadvantaged by distance learning. Low-income and rural students may not have reliable access to computers or Wi-Fi, making it difficult to access online instruction,” the study’s authors wrote. “Others do not have appropriate conditions for learning at home and struggle with food or housing insecurity or with limited adult support.”

A McKinsey analysis released in December found that Black and Hispanic students in the US are “more likely to remain remote” but face a greater danger of falling behind their peers.

“[T]he cumulative learning loss could be substantial, especially in mathematics—with students on average likely to lose five to nine months of learning by the end of this school year,” McKinsey stated in the analysis. “Students of color could be six to 12 months behind, compared with four to eight months for [W]hite students. While all students are suffering, those who came into the pandemic with the fewest academic opportunities are on track to exit with the greatest learning loss.”

Parents across the US are lobbying for their children to return to learning from teachers in classrooms as some students face the possibility of completing an entire school year without entering a classroom in addition to the months they lost at the end of the 2019-2020 school year.

Meanwhile, the White House is facing scrutiny for shifting language around President Biden’s 100-day push for students to return to classrooms.

Biden on Tuesday night distanced himself from previous comments by White House press secretary Jen Psaki that the administration’s goal for its first 100 days was to have more than 50 percent of schools open at least one day per week.

That goal was criticized as unambitious as it had essentially already been met by school districts partially opening on their own before Biden came into office. There was also speculation that the White House was trying to avoid upsetting teachers unions, which are a major force in the Democratic Party and have in many cases strongly opposed school reopening efforts.

“What I’m talking about is I said opening the majority of schools in K-through-eighth grade because they’re the easiest to open, the most needed to be opened, in terms of the impact on children and families having to stay home,” Biden said.

“I think we’ll be close to that at the end of the first hundred days,” he said of elementary and middle schools.